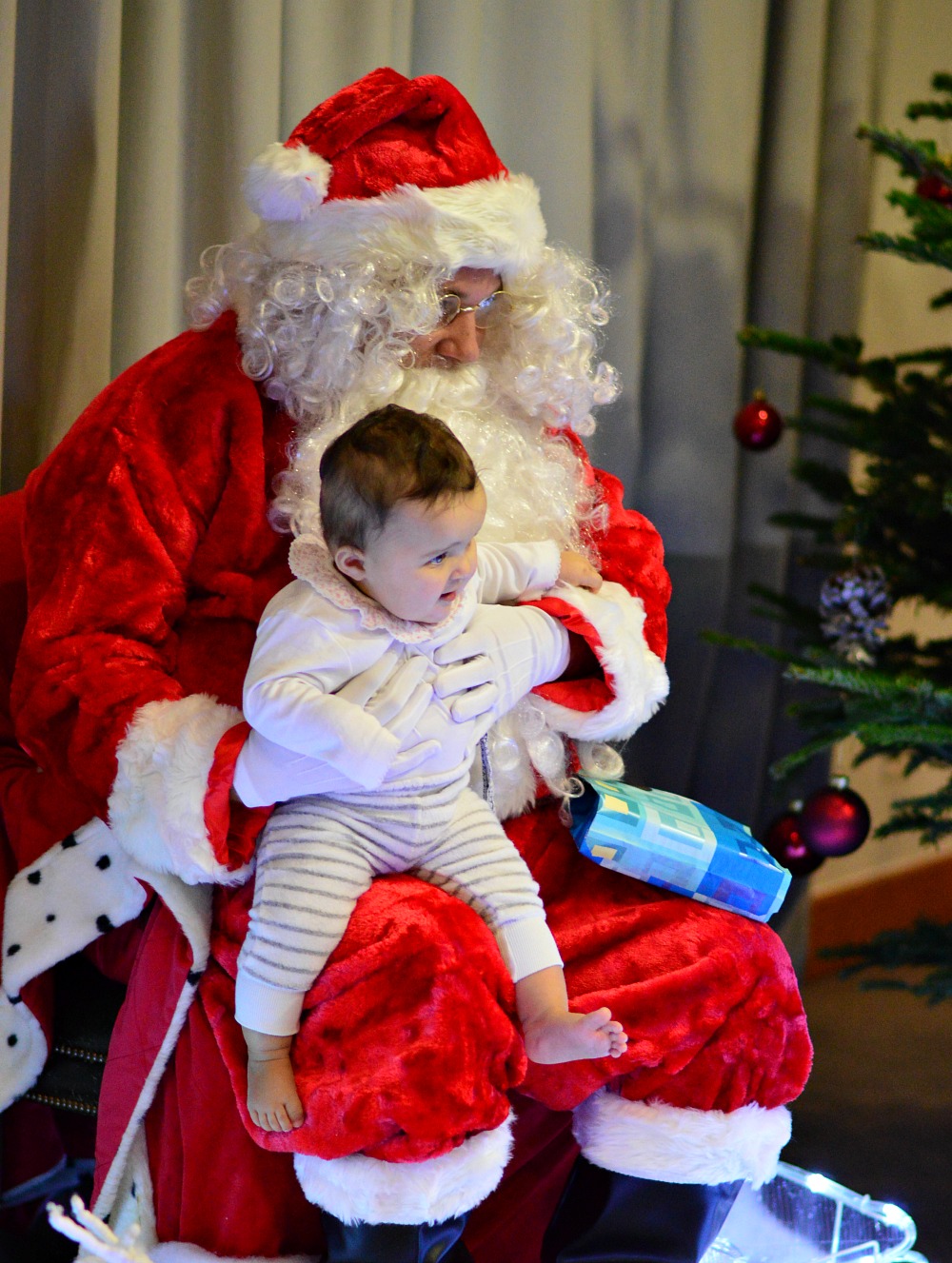 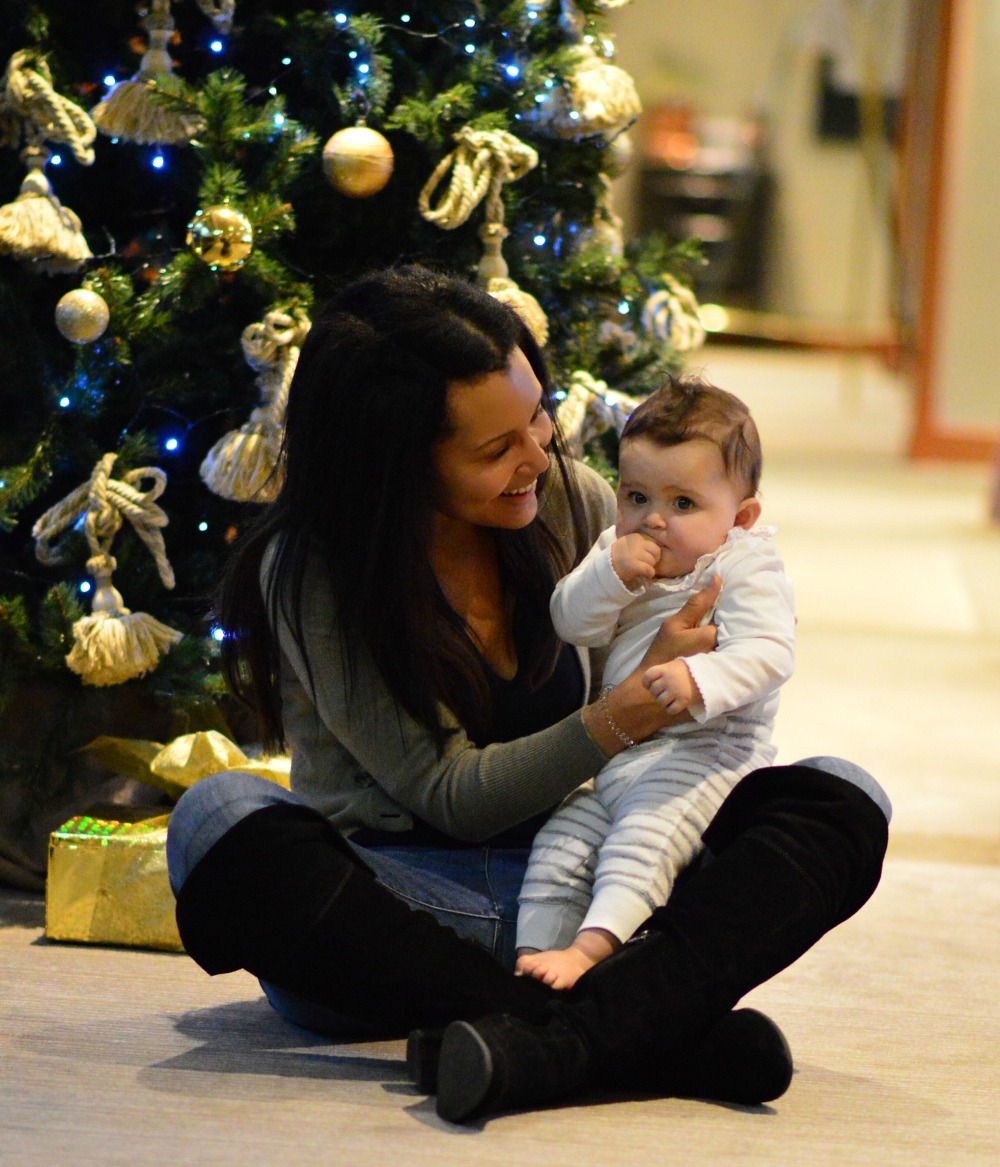 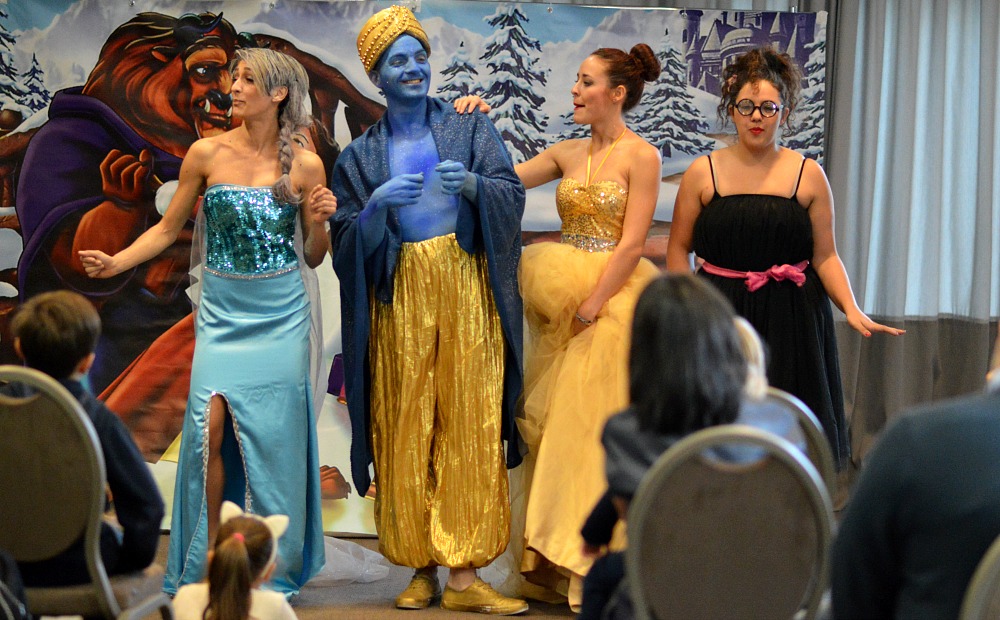 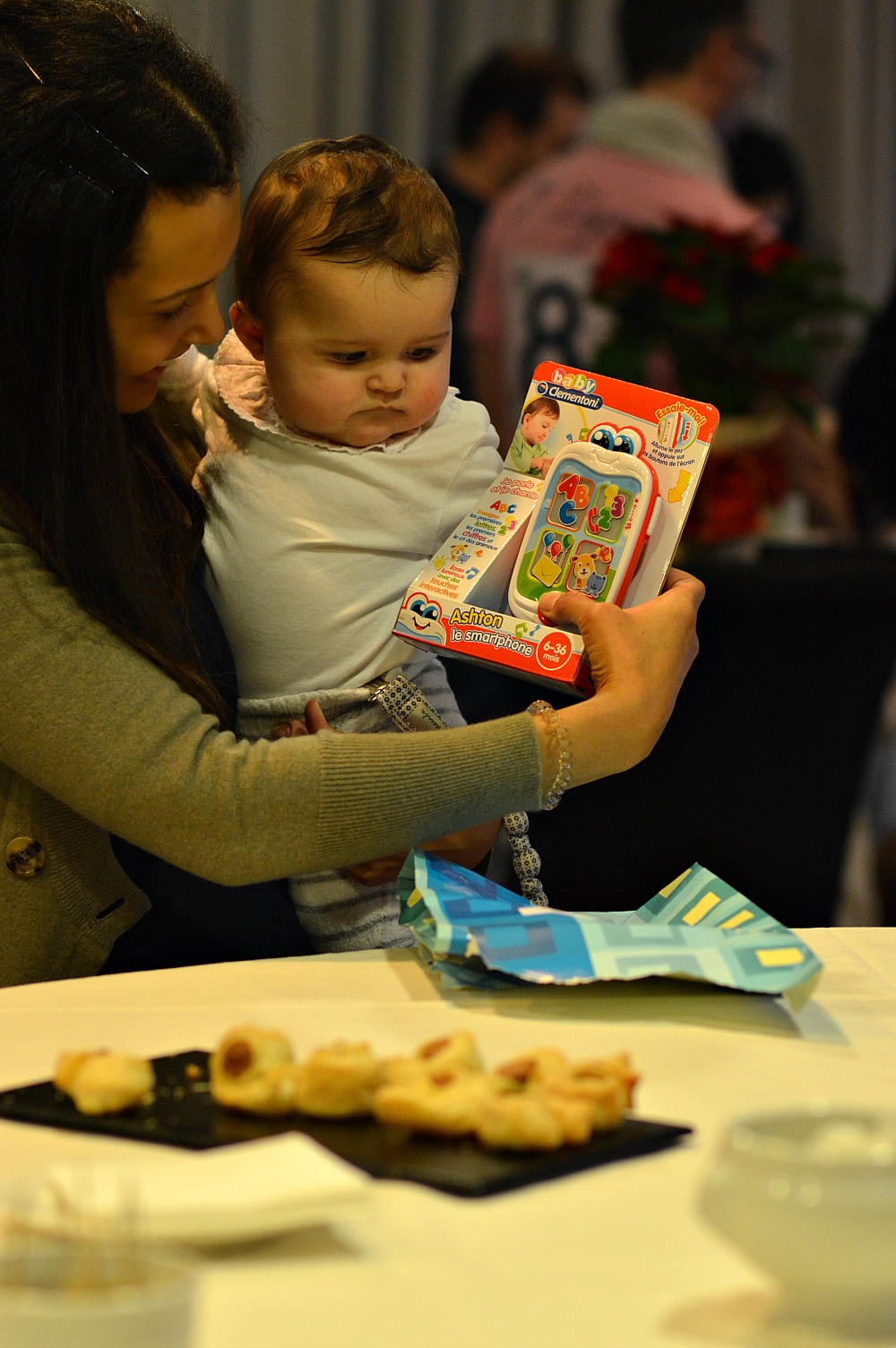 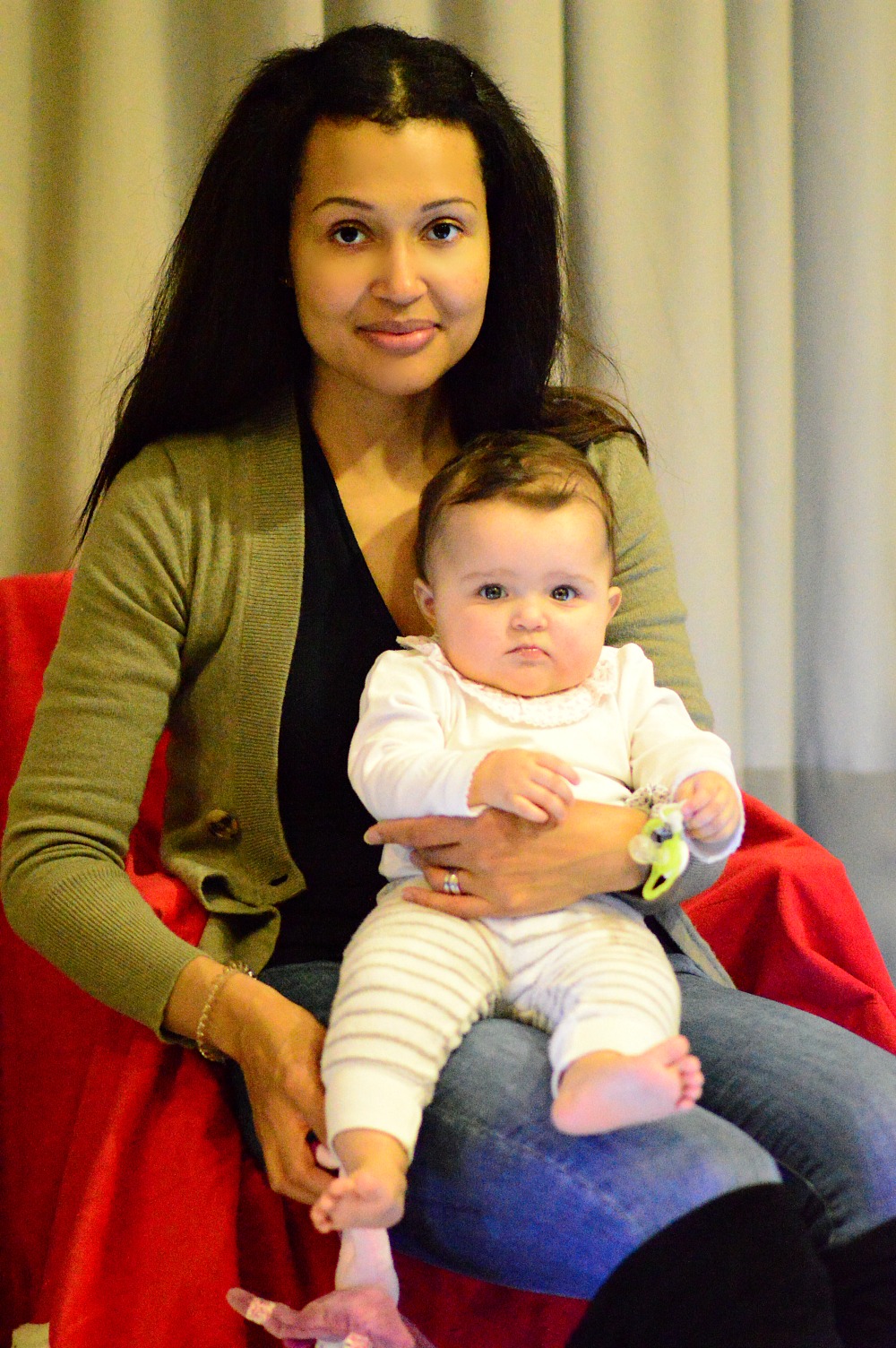 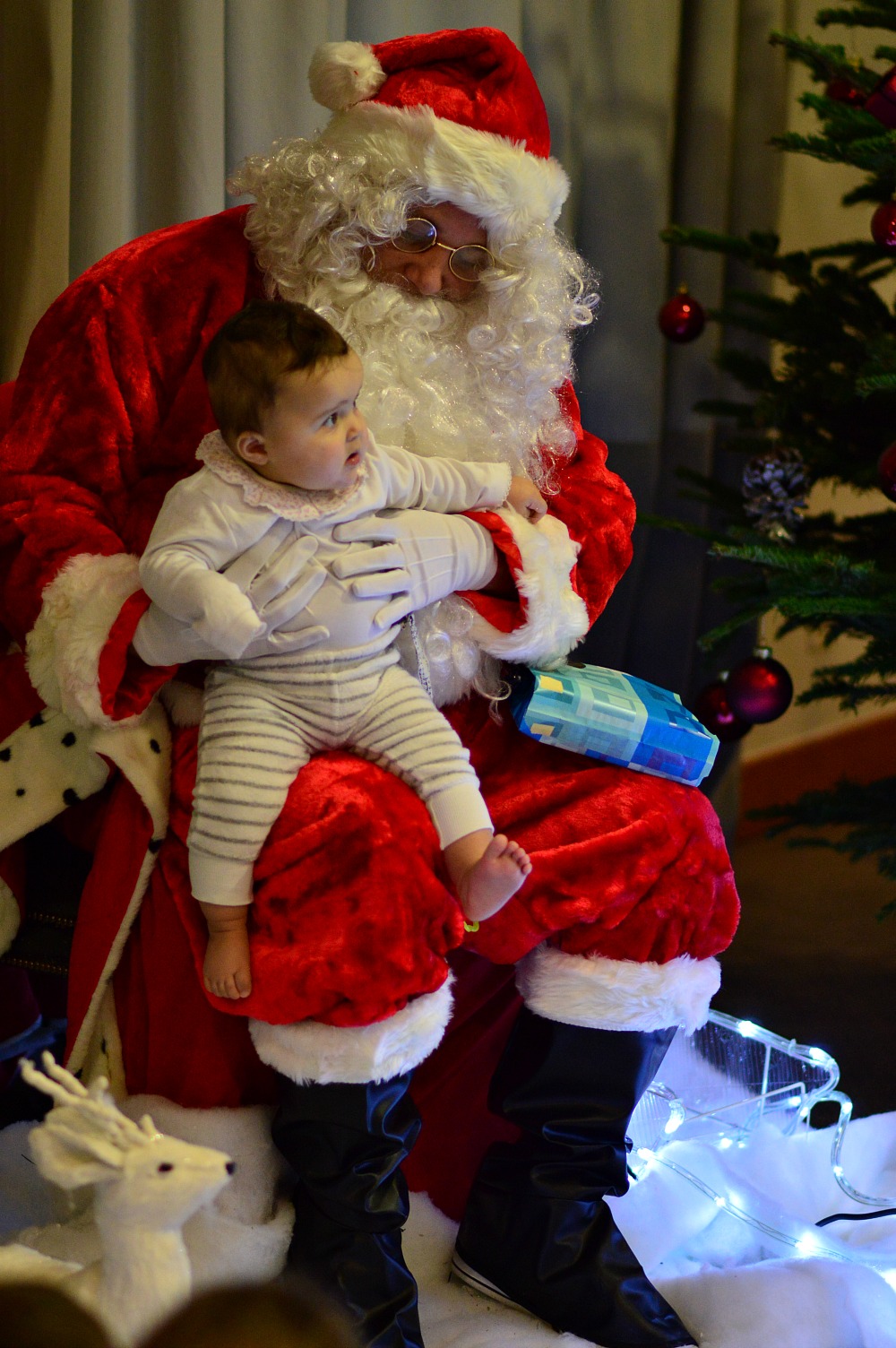 On Saturday we visited Chloe-Sophia’s first kids Christmas party. It was organized by Alex’s bank in Hotel La Barcarolle. It is a lovely hotel, where (by coincidence) our friend’s celebrated their marriage two years ago.

I think it was a great party for kids that are a bit older than Chloe-Sofia because she did not understand where we were and wgy. But we still had a great time. There was Santa Claus with his Elf which had so much energy and kids really liked her. Elsa sang “Let It Go”, and other characters from Disney’s fairy-tale world entertained the children before Santa Claus came on scene.

Chloe-Sofia got a mobile phone for kids that makes funny noises and plays music when you touch the screen. When her turn came to sit on Santa’s lap, she was very calm and did not cry at all. But she did not like Elsa, neither Blue Genie that entertained the kids before Santa’s arrival. I wonder if she was scared of them. Is that even possible at such young age? She is very sociable and likes people otherwise.

It was nice to see Alex’s colleagues in a different setting. What amazes me though is that everyone kept telling us that we should enjoy the time when she is so small because: “They grow up so fast.” They had older children so they knew what they were talking about. It is just incredible that every time we meet someone they say the same thing. 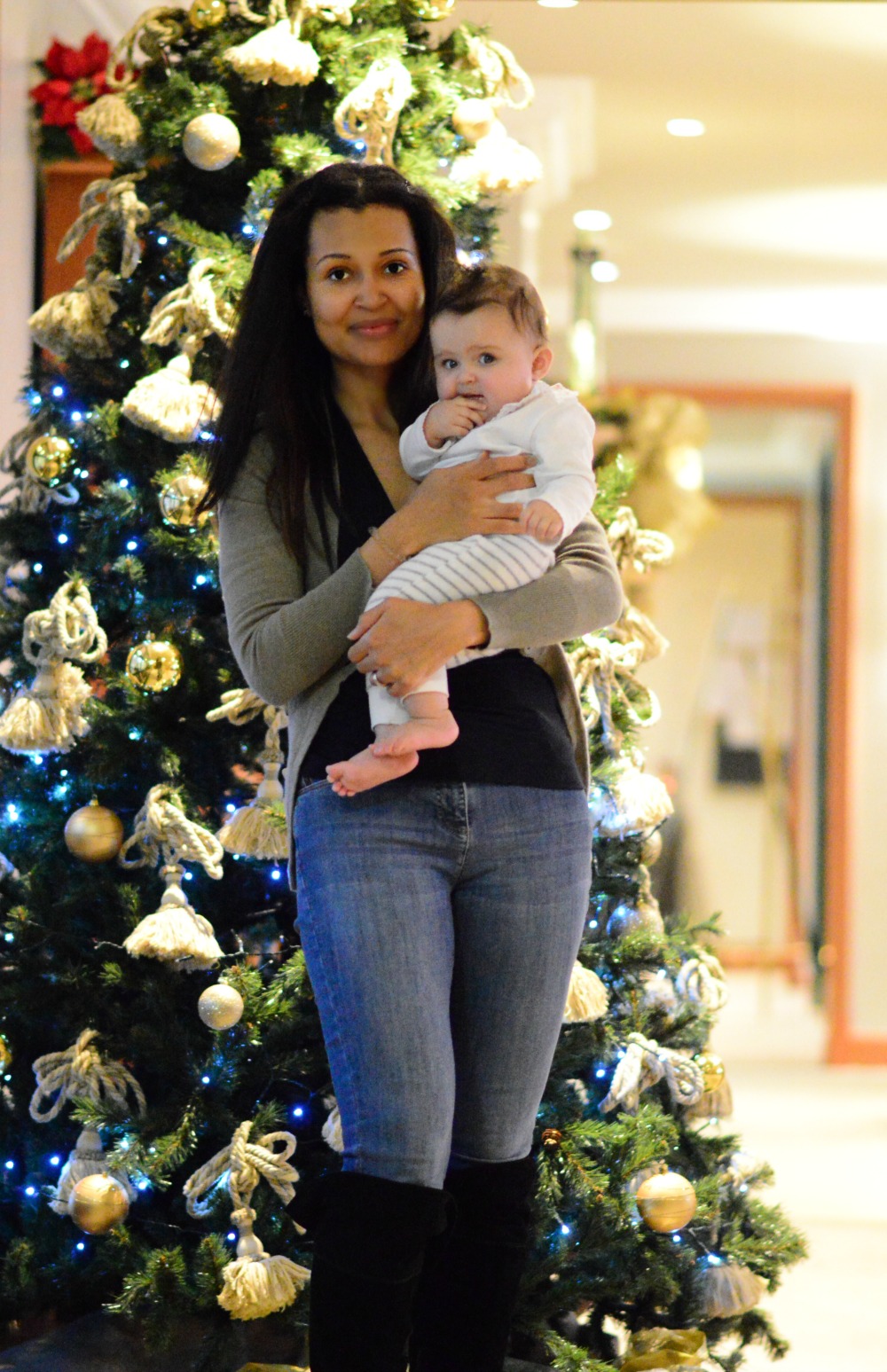 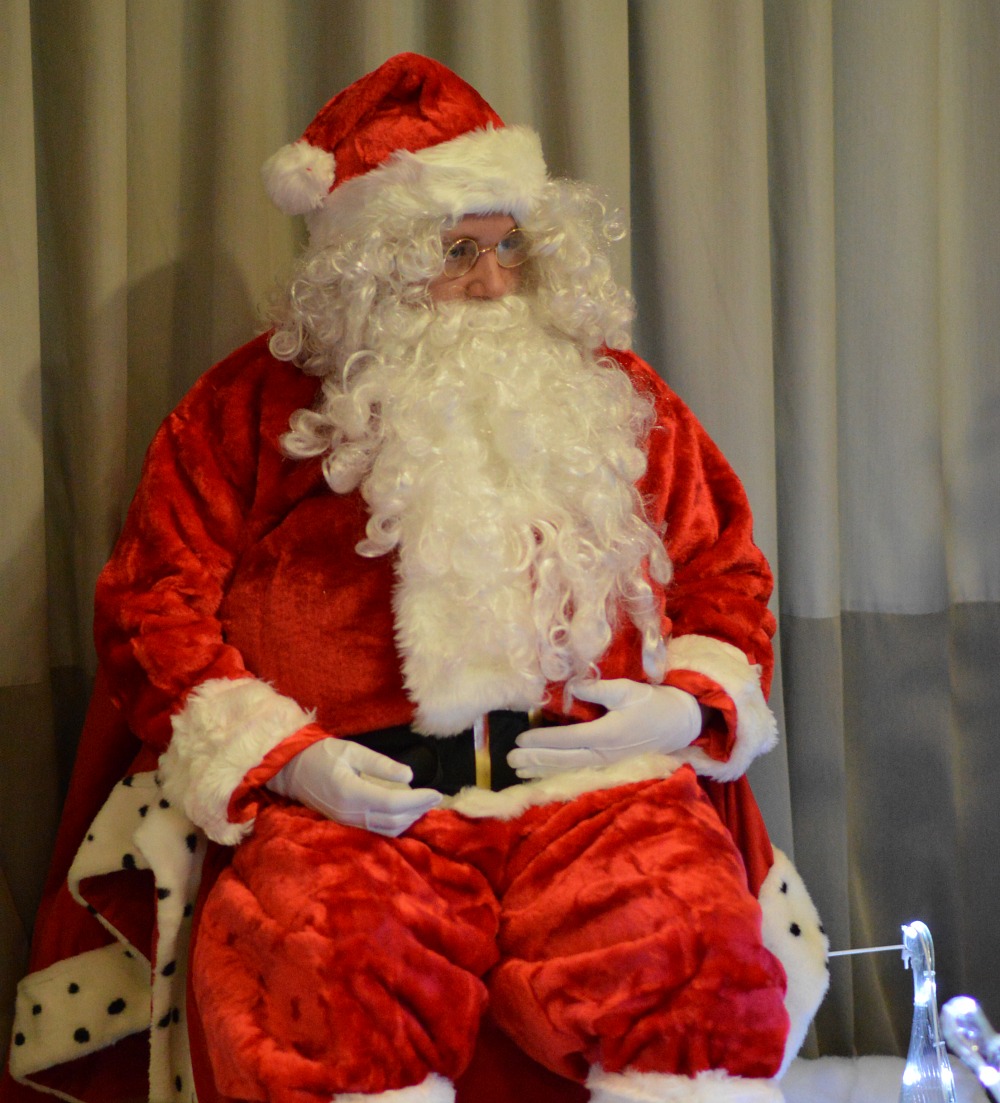 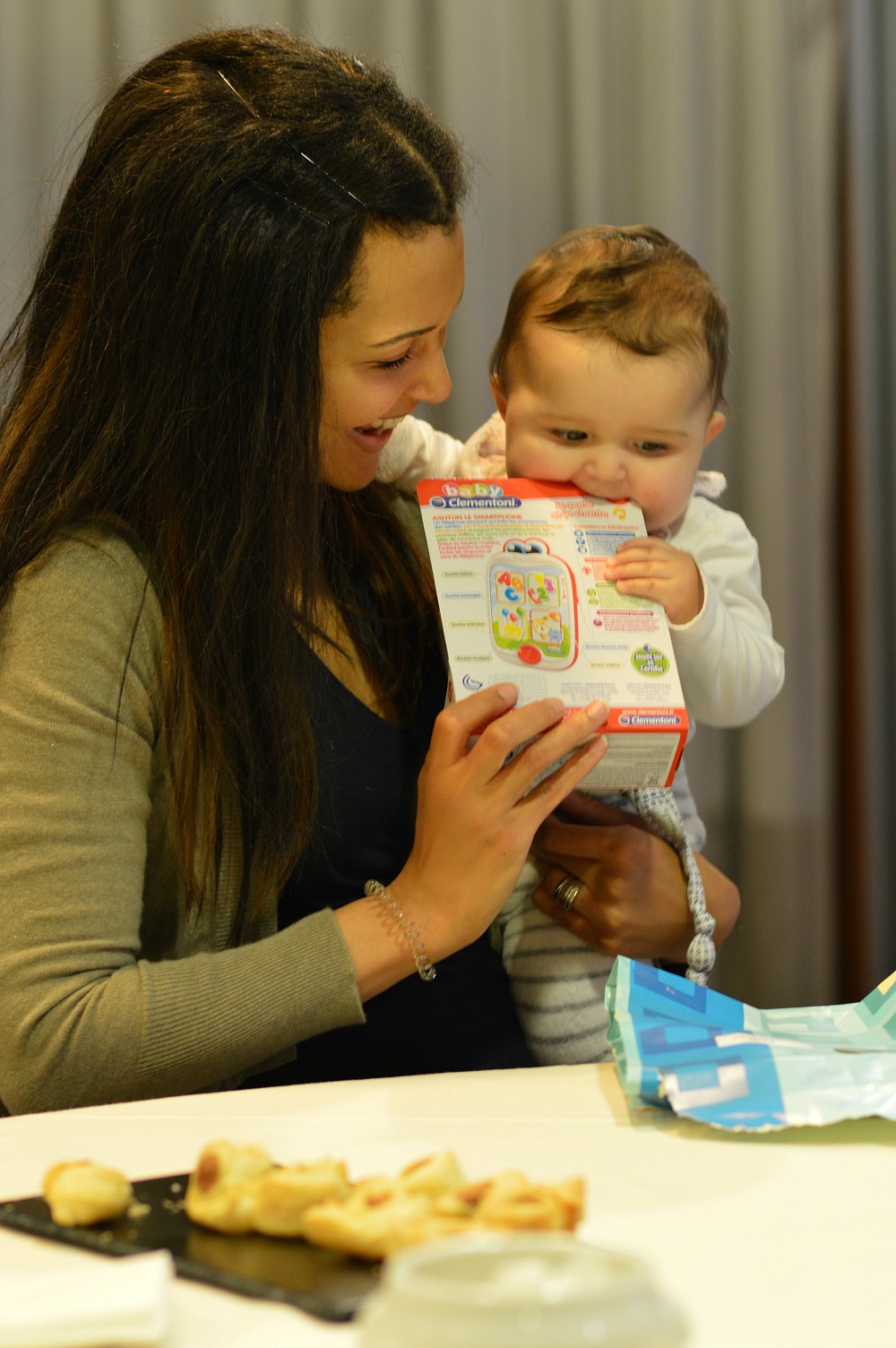 Me: Brunello Cucinelli cashmere cardigan (similar style under $55), Carole jeans (love this shade, now 20% off), Repeat Cashmere t-shirt (similar on in black, now 30 % off) and Tamaris over-the-knee boots (love these, now 20 %off).