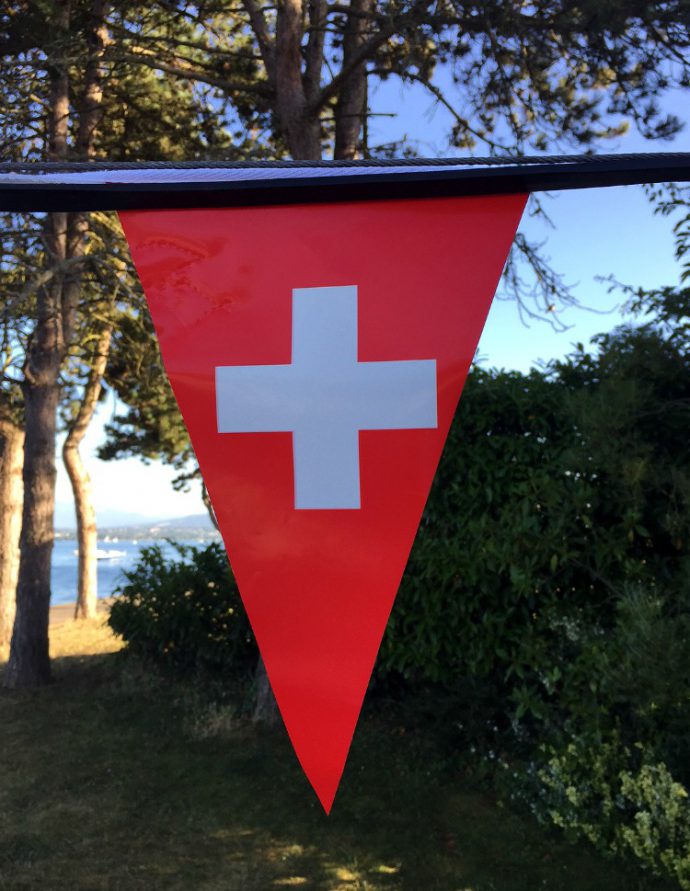 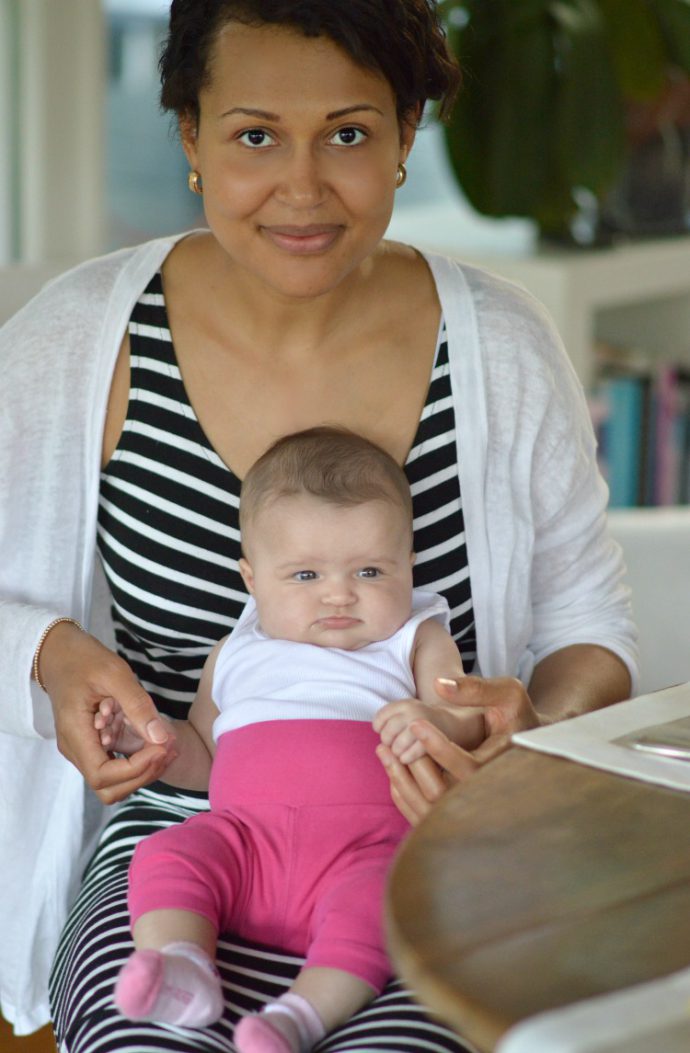 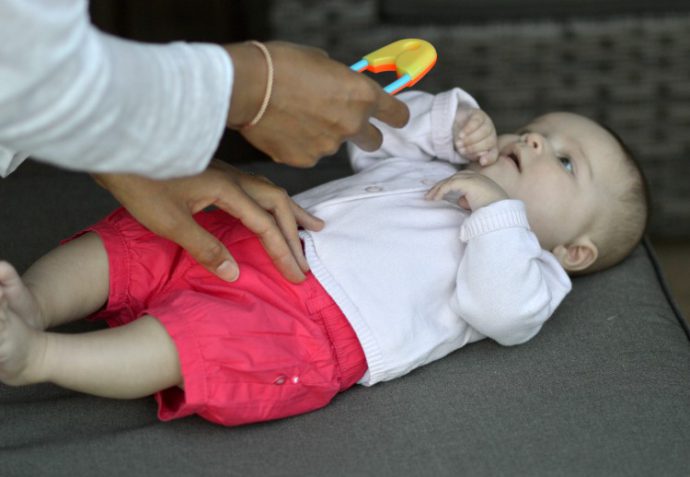 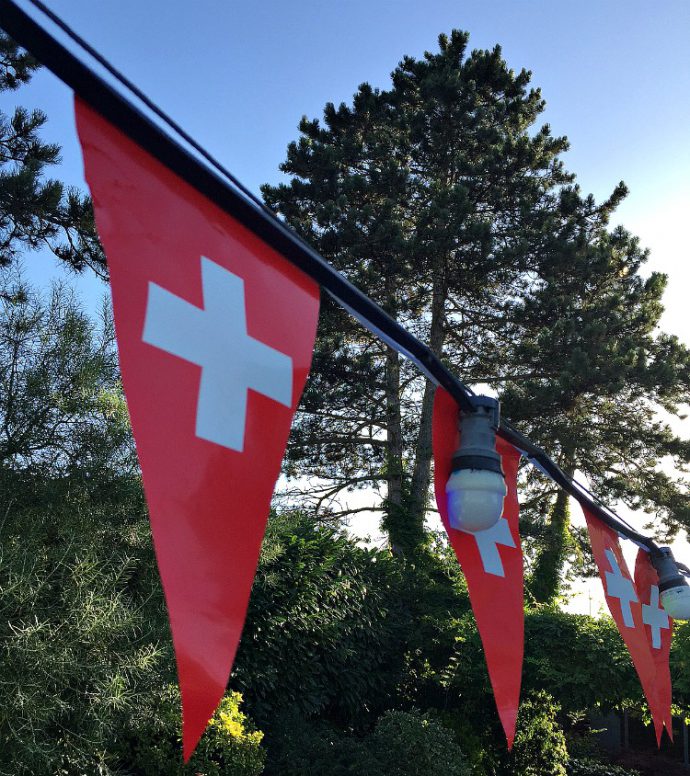 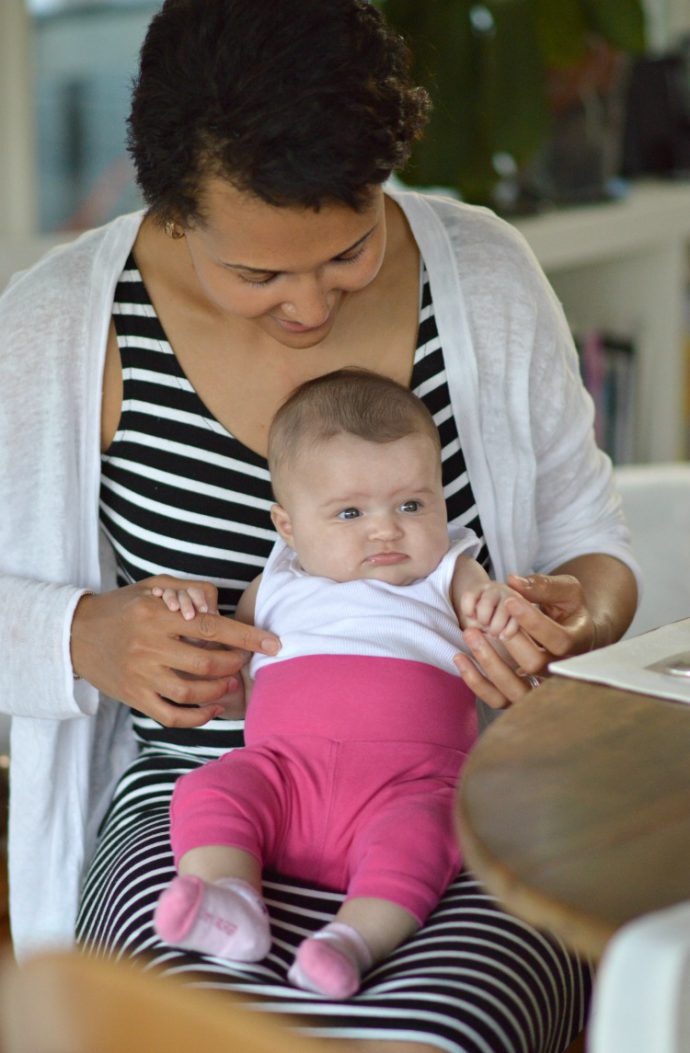 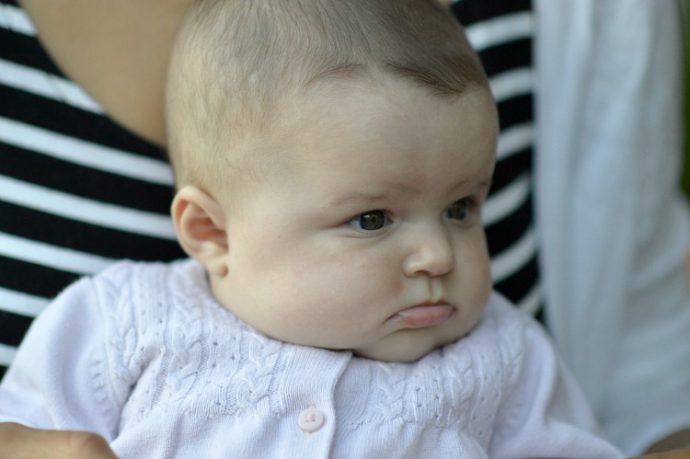 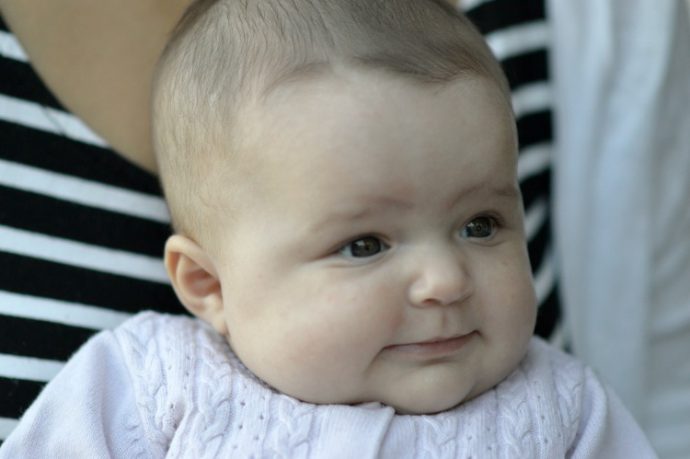 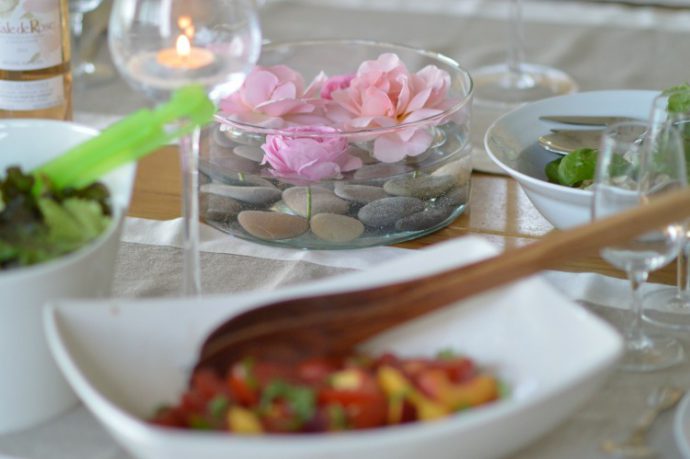 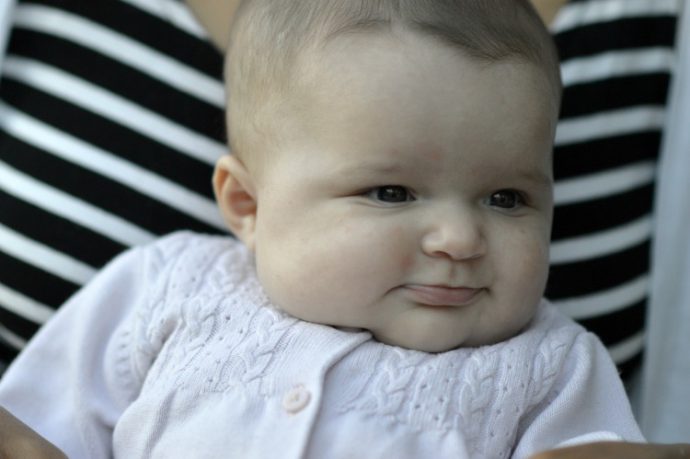 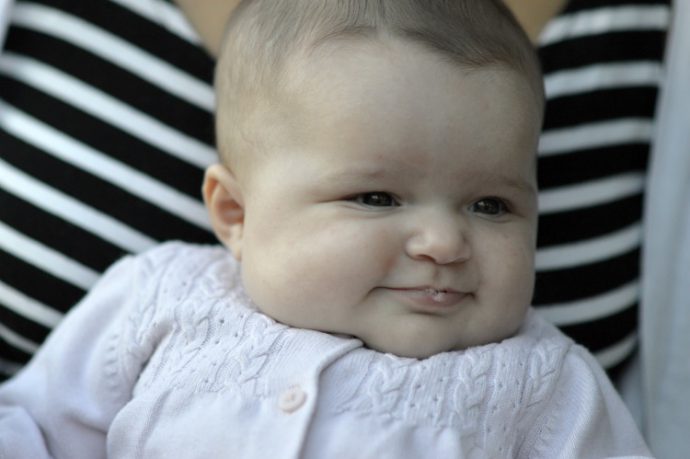 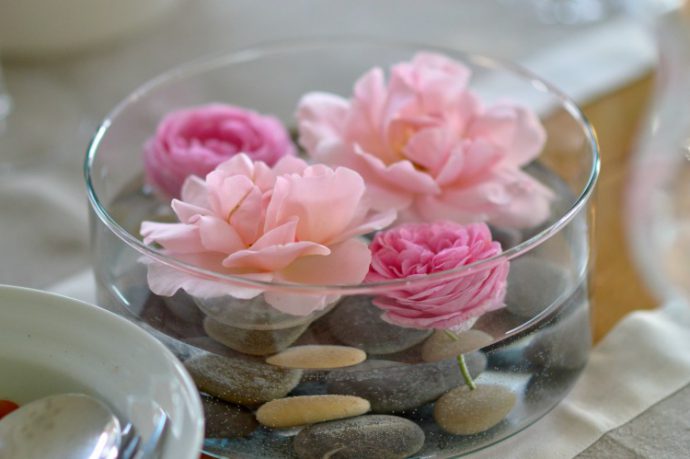 Swiss National Day, celebrated every year on 1 August, is a day when Swiss people wear pins with their flag on it. It is also a day when Alex wears bright red t-shirt with a Swiss cross. It is a day when I jealously admire how the Swiss are proud of their country. I am Czech but I do not feel the same on our National Day. Czechs are not as proud to be Czech, unless the national hockey team wins gold medal at Winter Olympics. They won in 1998 and people were celebrating them as if they were gods. Swiss people are proud for no reason. In fact, they do have a reason- they are Swiss. And I must say that I like their attitude. I wonder if it is innate or they learn it at school.

We usually do something around Switzerland on this day, but this year we went to our friends’ house for barbecue. Our friend JP was also there with his parents (if you miss his baptism, you can read about it here). Although he and Chloe-Sofia are still small, they already watch and copy each other. When one of them cries, the other one follows. And when JP fell asleep, Chloe-Sofia did as well. It was really nice to see both of them together. Next year they will be running around and we will run after them to make sure that they won’t fall in the pool.

Spending time with our friends makes me think how lucky we are. Geneva is famous for being a city where it is difficult for expats to make friends. So we are really blessed to have so many good people in our life. And each one of them makes our life richer.

I keep running from the topic, which is our friends’ party. I forgot to take a photo of the starter, which was cold cantaloupe soup. It is a shame because it looked (and tasted) so good. It was sweet and a bit salty, but the sweet taste was definitely more prevalent. It was frothy and with a touch of mint that made it very refreshing. I will try to make it once and share the recipe with you. Another dish that I tried for the first time was grilled banana in its skin with gelato on top. If you like gelato and live in Geneva or canton Vaud, I recommend trying out Gelateria Venezia in Nyon. It is the best gelateria in the region. We went there earlier that day to get some gelato for the evening and got coconut (Alex’s favorite), vanilla and chocolate flavors. And it was the coconut gelato that went with it the best. My favorite gelato is “Croccantino” and “Jamaica”. If you go there, you have to try them out! There is another good gelateria “Arlecchino” that we like to go to when we are in Geneva. One thing that impresses me about these gelaterias is that they are opened only in summer. I think I am in a wrong field! I should make a carrier change and become a gelato woman. What do you think?

Something that I really like about the Swiss National Day are the fireworks. We will have another fireworks (this time musical ones) on 13 August to celebrate the end of Geneva Lake Festival. They are so beautiful that around 1 million people come to see them. You can buy tickets to sit in front of it which is great because you can hear the music, sit in peace and you are not pushed around. One million people is a lot for Geneva. Last year we watched the fireworks from a beach outside Geneva and it was quite good. You just have to bring a radio with you. They play the music on one of the local radio stations. This year we will most likely stay at home because Chloe-Sofia is too small. Well, let’s see. If I learnt something since we had Chloe-Sofia, it is that you should not plan too far ahead. Change is the only constant n life. 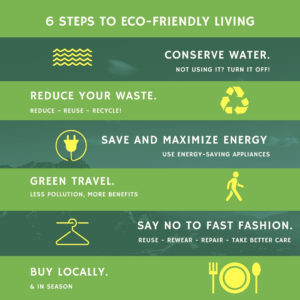