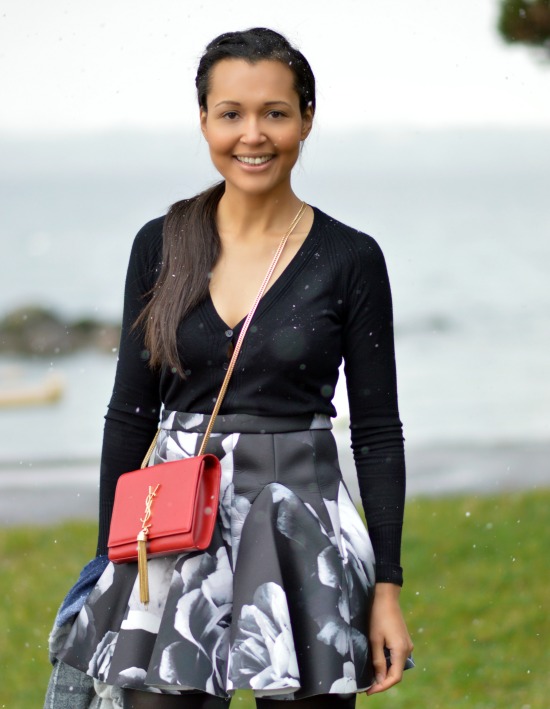 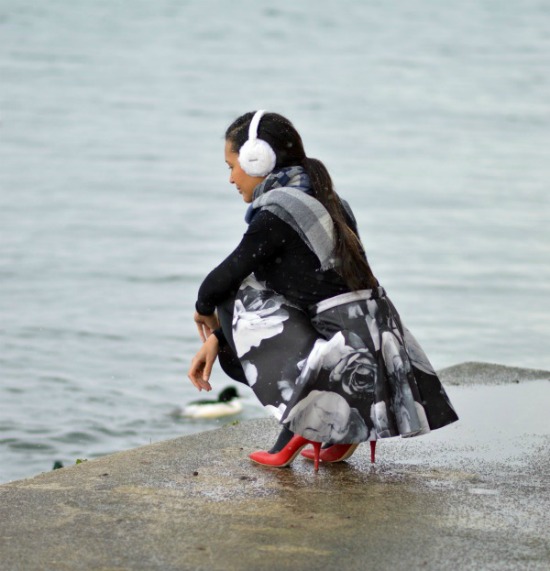 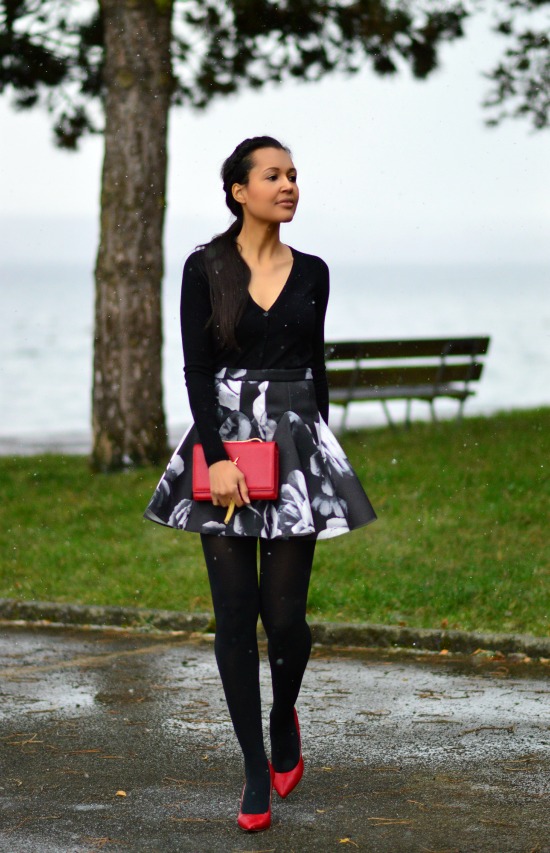 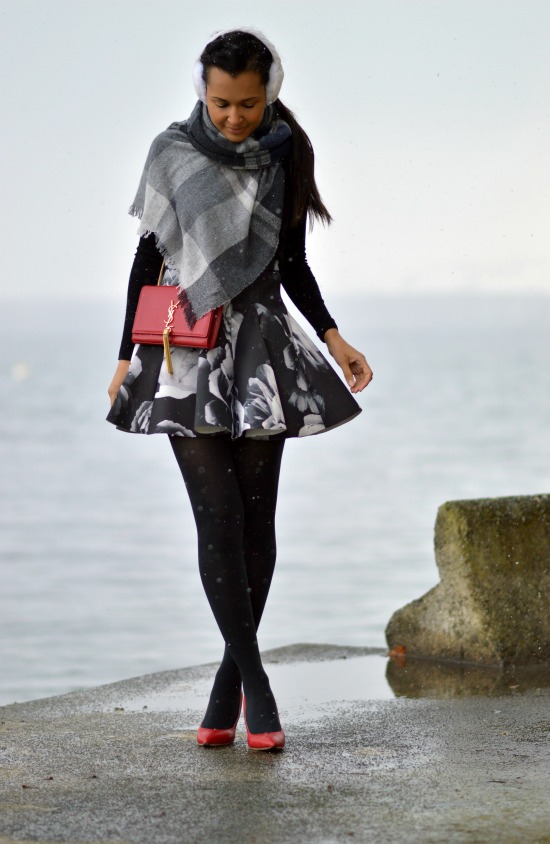 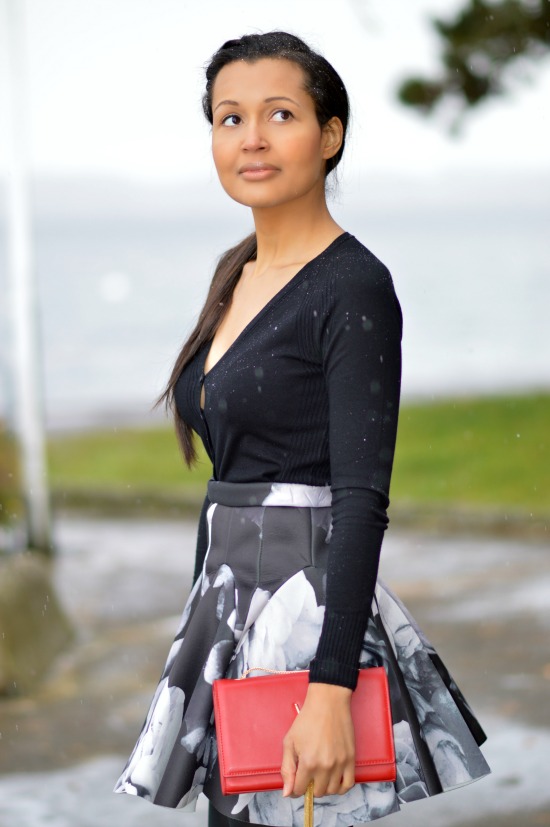 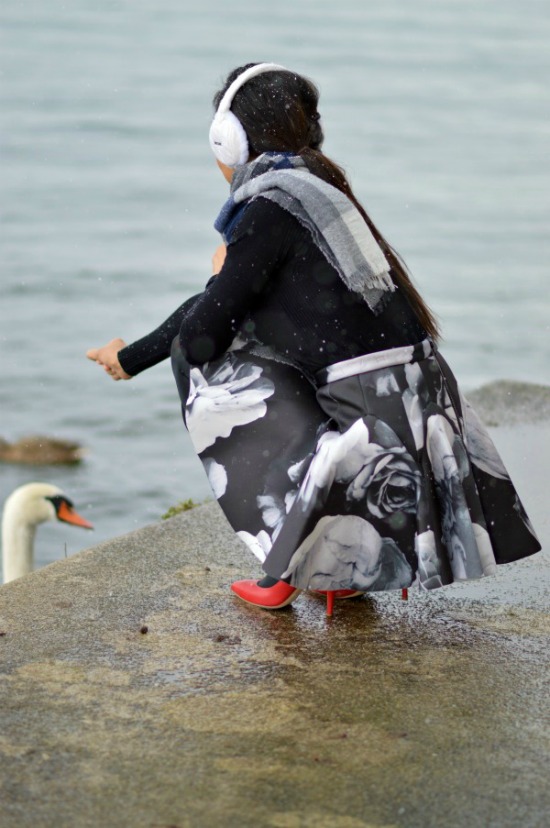 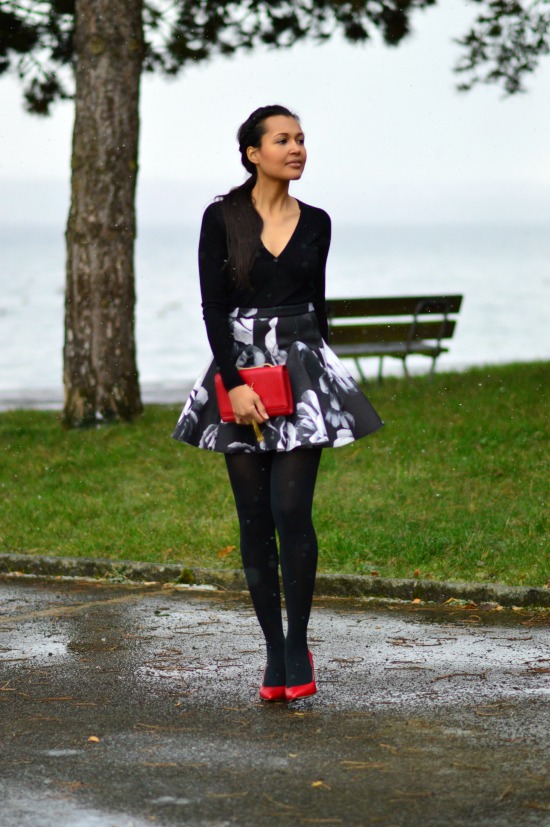 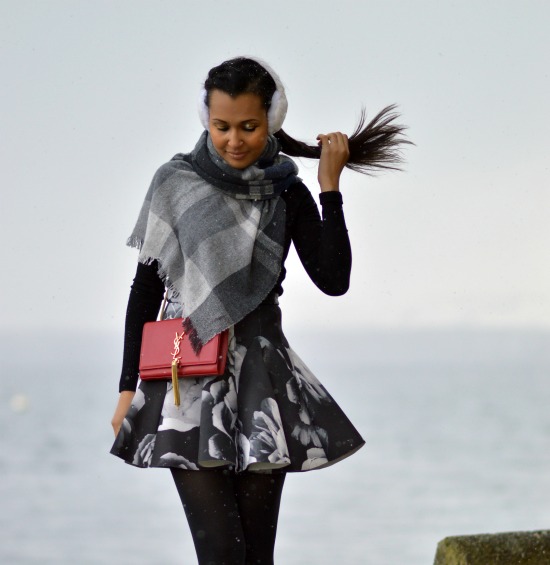 I hope you had relaxing and peaceful holidays. I was in Sion with Alex’s family for Christmas.  There was no snow in the mountains but as soon as we returned home, we got snowed in. It was beautiful to wake up on Boxing Day morning and see everything covered with snow. It finally felt like Christmas.

We took these photos during winter storm that arrived on Sunday. The wind was quite harsh but we did not want to give up. To be honest, I was frozen to the bone. In the end, I am very happy with the result- you can see the snowflakes on the photos! I wore my favorite earmuffs (previously seen here) and a skirt that I plan to wear on New Year’s Eve.

What are your plans for the New Year’s Eve? We are going to have dinner with friends and go out later. There are many parties all around Geneva so we just have to choose which club to go to.

“I hope that in this year to come, you make mistakes.

So that’s my wish for you, and all of us, and my wish for myself. Make New Mistakes. Make glorious, amazing mistakes. Make mistakes nobody’s ever made before. Don’t freeze, don’t stop, don’t worry that it isn’t good enough, or it isn’t perfect, whatever it is: art, or love, or work or family or life.

Whatever it is you’re scared of doing, Do it.

Make your mistakes, next year and forever.” ― Neil Gaiman

Feather Earrings in the city

SKINNY JEANS: 5 WAYS TO WEAR THEM

How to Style Cropped Jeans in 2021